To track or not to track?

Ibooknet member Mike Sims writes of similar experiences both to China and other countries in his latest blog post in The Abfar Blog. It seems that even the tracking system within the United Kingdom is not immune from the occasional glitch.

Among the many rare books and manuscript treasures in the Brotherton Collection at the University of Leeds, its Jacobean Travelling Library has be one of the most curious and intriguing.  Designed to appear, when closed, as a large folio volume, it’s bound in brown turkey leather and contains three shelves housing some 40-odd miniature books bound in limp vellum with coloured fabric ties.  Gold-tooling on the spine of each volume picks out a flower and a wreath while all the covers are embellished with a golden angel carrying a scroll that reads Gloria Deo, meaning Glory to God.

A sheet of vellum has been affixed onto the inside of the front cover upon which, between arches, architectural details and four grand Corinthian columns, a catalogue of the small books has been painted.  The arms of the Madden family appear beneath the catalogue, suggesting the little library may have been a gift to a member of that family.  The books, which appear to be in remarkably good condition given their age,  are mainly classical texts on philosophical, theological and historical themes but there are also some works of poetry.  Classical authors feature heavily with works by Cicero, Julius Caesar, Seneca, Horace, Virgil and Ovid included.

The little library is thought to have been commissioned by William Hakewill MP for a friend around 1617 or 1618.  Hakewill, who at various times sat in Parliament for seats in Cornwall and Buckinghamshire, was a cousin of Sir Thomas Bodley, founder of Oxford’s Bodleian Library and author of one of the first manuals of parliamentary procedure, The Manner How Statutes are Enacted in Parliament by Passing of Bills,  published in 1641.  He was at the pinnacle of his political career at the point at which he commissioned the little library, having been appointed Solicitor General to Queen Anne, wife of James I, in 1617.   During the next few years, Hakewill commissioned three further similar travelling libraries which are now kept in the British Library, the Huntington Library California and the Toledo Museum of Art, Ohio.

Earlier this autumn, the University Library was awarded a grant from the Heritage Lottery Fund which will enable this and other rare manuscripts and books from its Special Collection to be put on display for the public.  Worked is expected to commence on the facility, to be housed in the University’s Parkinson Building in spring 2015 with a provisional opening date for the two planned, climate-controlled new galleries of November 2015.  Interviewed by the Daily Mail when news of the grant was announced, Stella Butler, University Librarian and Keeper of the Brotherton Collection, told the paper 'The Jacobean travelling library - one of only four made - dates from 1617 and is one of the most curious items in the Brotherton Collection. The miniature books are contained in a wooden case disguised to look like a large book. It's essentially a 17th century e-book reader such as a Kindle.'

More images of the travelling library are available on BookAddiction's blog.
Posted by Jessica at BookAddiction at 10:02 AM No comments:

Booksellers in the Blogosphere 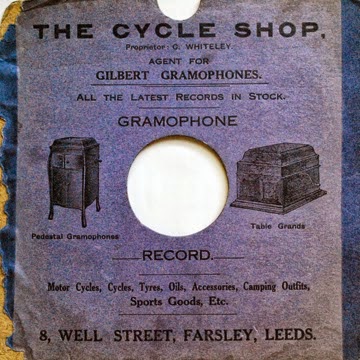 Another round-up of the many and varied things that booksellers muse on.

Mike from ABFAR has been visiting the Dutch House, the home and studio of the artist Edward Seago at Ludham in Norfolk and exploring his WWII connections. Mike's blog post is beautifully illustrated and makes me wish I was near enough to visit.

Jane Badger at Books, Mud and Compost continues her pony book of the day series and her look at Stranger at Follyfoot by Monica Dickens particularly caught my eye. Not a book I've read but anything that brings back memories of Steve and Dora is a Good Thing.

Barbara of March House Books has a lovely post (all Barbara's posts are lovely) on Judy annuals (my paper of choice as a 9 year old!) and Lucie Attwell and other good things. She also has a moving post on visiting the ceramic poppy display, Blood Swept Lands and Seas of Red at the Tower of London.

Marijana has an erudite post on Charles De Gaulle and Hans Ornstein and the Deutsche BP connection over at Marijana Dworski Books.

Catherine of CL Hawley Books has an offer of free UK postage until Christmas and has been reviewing the hilarious Straight Man by Richard Russo.

I've only just added Plurabelle Books to our blog roll on the right but I recommend you take a look. Recent posts include a very readable piece on Bicycles and Gramophones (I do like a business that multi-tasks!), from which the image at the top of this post is drawn, and another of a beautiful Rabbinic Bible.

Lastly can I draw your attention to the post All the Fun of the Book Fair on Martin Edwards' Crime Writing Blog 'Do You Write Under Your Own Name?'. He's written a lovely review of the PBFA Book Fair in Harrogate last weekend including a great piece about a teacher taking some year 8 children (age 12-13) around which an really inspirational bit of teaching.
Posted by Juxtabook at 10:43 AM 2 comments: