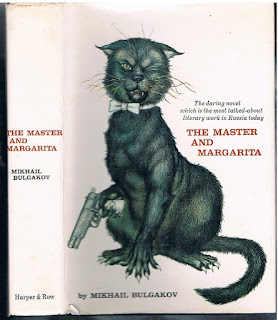 "Mikhail Bulgakov's current reputation as a major 20th-century European writer is posthumous.  The story of Bulgakov's reception illustrates the tragedy of Russian culture in the post-revolutionary period." (Cornwell, 1998).   His last great and most celebrated novel "The Master and Margarita" was started in 1928, going through many variants and revisions, and was still not prepared for publication by the time of Bulgakov's death in 1940 (he burned the first manuscript in despair in 1930).  This, combined with the fact that early official editions in the Soviet Union were highly censored, meant that it was some time before a definitive version of the text could be established...