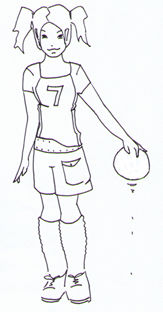 I spotted this little gizmo via Harriet Devine's excellent blog. It analyzes writing style not personality. Good job too as with multiple-contributors the overall personality will be nebulous to say the least. But apparently the writing style(s) of the ibooknet blog suggest we're:

ESTP - The Doers: The active and playful type. They are especially attuned to people and things around them and often full of energy, talking, joking and engaging in physical out-door activities.
The Doers are happiest with action-filled work which craves their full attention and focus. They might be very impulsive and more keen on starting something new than following it through. They might have a problem with sitting still or remaining inactive for any period of time.

In common, no doubt, with many bookselling households Sunday night here is always a whirl of activity, parcelling books from two days of sales instead of just one, so "doer" seems appropriate this evening. A worrying level of multi-tasking takes place as I am also a mother, but I have yet to pack a copy of Derrida into my 5 year old's lunch box, and post cheese sandwiches to a University library, so I guess I am a successful 'doer' in that respect at least.

As to the rest, "physical out-door activities" was a bit of a shock (that'll be Jane and her chickens), and as for "problem with sitting still or remaining inactive " - we're bookdealers, it's what bookdealers do best!

You can typealyze your own blog here.

Posted by Juxtabook at 7:49 PM No comments:

Bookdealing can be a solitary occupation, but between us, Ibooknet have a pretty extensive collection of office animals keeping us company. First up in what we hope will be a series in between more bookish things, is Rosie, of Barbara Fisher's March House Books, specialists in children's fiction and illustrated books. 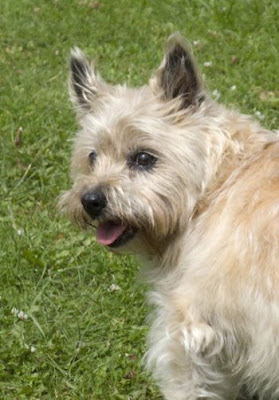 "Rosie is our dearly loved Cairn terrier – estimated age 20!! She came to live with us 5 years ago and we were told she was around 15 at that time. She was a kennel dog for the first 8 years of her life then lived with various families before ending up with our son and daughter-in-law – work took them to Denmark and so we agreed to look after her ‘for a while’. Shortly after that they moved on to Australia so Rosie became a permanent fixture. As you can see from the photos she is still capable of mischief but spends much of her time asleep in her basket. Her hearing and eyesight are failing and she has problems with her breathing but she still loves life. 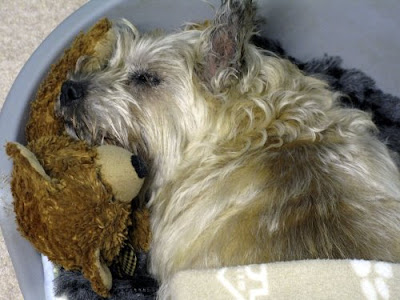 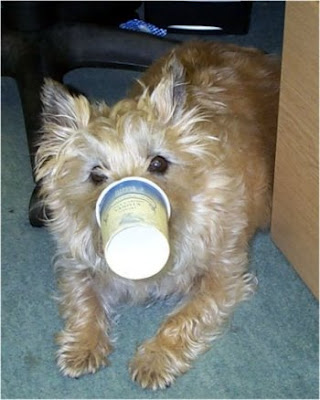 The yoghurt pot was filched from the waste basket but unfortunately for Rosie it got stuck – if she could speak I’m sure she would be saying - it wasn’t me!"
Posted by Jane Badger at 12:28 PM 2 comments:

The Thirteenth Tale by Diane Setterfield

The Thirteenth Tale by Diane Setterfield is, on the whole a very readable book. I had heard some mixed reviews, which I think helped as I approached the book with fewer expectations, and in truth I was able to suspend disbelief and rattle along with its Gothic intricacies very happily. I don't think the book was done any real service by the pre-publication publicity; don't expect to love it and you might find that nonetheless you like it very much indeed.

Like the even more readable The Shadow Of The Wind by Carlos Ruiz Zafon the main character/ narrator Margaret Lea is employed in the family bookshop and engaged by a book and a mysterious author Vida Winter, sets off on a quest to discover more. Margaret Lea is a minor biographer whose diligence brings her to the attention of the aging and immensely popular reclusive novelist Vida Winter. Miss Winter has never told the truth about her past but now she is about to do so for the first time. With Margaret Lea we follow this narration of dysfunctional families, uncontrollable children, incestuous love affairs, and people in attics, house fires and decaying buildings. Margaret channels Vida's narration, comments on it, digests it, propels our thoughts forward and backward through the possibilities surrounding the mystery, and on balance this is handled very neatly. We also follow Margaret in the present as she make discoveries herself, though this is less neat as Margaret is quite a thin character who lacks bite within the narrative and a convincing life away from her narratorial role.

Read it as an acceptable jobbing work of suspense or a workaday Gothic thriller and The Thirteenth Tale is a fine enough book. It is laced with Gothic allusion (it doesn't take a genius to spot the Brontes and Daphne du Maurier), it is fairly pacy, the narrative tricks and turns are generally pulled off, and the denouement came as a surprise. The surprise was in part I think was because it is only a fraction of an inch this side of plausible, but it is just about plausible, so I did not feel too cheated. It is not fine art but it is a fine Sunday afternoon read. One of the most annoying things was a lapse into a tell rather than show method of characterisation on occasion, and as Geranium Cat says, it is hard to differentiate between Margaret's voice and Vida's. If you approach the book not expecting Jane Eyre then this is not a problem, but I wouldn't like to give it an unequivocal recommendation for that reason. Some like it; some don't.

It was published too close to The Shadow of the Wind I think to have been directly influenced by it but it has many similar features. I preferred The Shadow of the Wind despite some of the trite narratorial quirks like posthumously letters of improbable length solving part of the mystery. I think there are two reasons for my preference: firstly Lucia Graves's (daughter of Robert) translation seems very elegant (I have no idea what the original Spanish literary qualities were like), and secondly the main character is more firmly part of an active narrative and has a distinct personality and feelings, rather than being a device for communicating like Margaret Lea.

Having said all that, on the basis of The Thirteenth Tale I would be very interested to see what Diane Setterfield does next. She is really a very good story teller and I look forward to with what, and how, she weaves her next tale.

If you are interested in Diane Setterfield then you might also enjoy this article by Sally Mackenzie of Macbuiks, which is one of our Collector's Guides over on the left.
Posted by Juxtabook at 7:21 PM 3 comments: