A Campaign for Real Books has been launched. It aims to support the book trade in the UK, both new books and secondhand, online shops and bricks and mortar.

As a member you'll receive a simple paper CAMBO card entitling you to 10% discount when you spend over £10 at independent bookshops. It's a book token that works all year round; it's valid in both new and second hand bookshops and when you buy one it will enables the campaign to do all this and more:

•support new and secondhand independent bookshops across the UK

•campaign to save threatened bookshops and libraries

•support independent printers, publishers, papermakers, binders, private presses and all those whose livelihoods depend on paper books

•hold and sponsor book fairs, literary festivals and other events

•organise prizes for authors, shops, independent publishers, designers, illustrators and others associated with the book trade

•develop our website with news, views, interviews, links to shops, books for sale and much, much more

Plus you'll get free or discounted admission to all CAMBO events, a newsletter and more!

You can start showing your support by pre-registering today - and when you do, you'll receive an extra two months' membership free, meaning your CAMBO card will save money on books this Christmas and next!

Ibooknet sellers who have signed up to offer a CAMBO discount include:

A Book for All Reasons

A local history book fair will be held at the Treasure House, in Champney Road, Beverley, Yorkshire on Saturday, 23 October 10.00am - 4.00pm.

Now in its 24th year, the annual local history book fair hosted by East Riding of Yorkshire Council's archives and local studies service has changed venue this year to the Treasure House.

A History of Hull by Edward Gillett and Kenneth A.
MacMahon 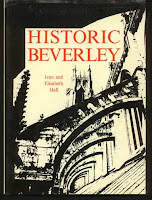 Historic Beverley by Ivan & Elisabeth Hall
Posted by Juxtabook at 8:13 PM No comments:

I started my bookselling career in the 1960s at the bookshop of Hull University.
A regular customer in those days was Philip Larkin, the university librarian. He came to prominence in 1955 with the publication of his second collection of poems, The Less Deceived, published by the Marvel Press, which was a small, local publishing house, literally a small house, next to an off-licence and a fish-and-chip shop.

Jean Hartley, Philip Larkin, the Marvel Press and Me

His third book of poetry, The Whitsun Weddings (1964) was published during my time there. I well remember many customers eagerly awaiting the day of publication and a large number of copies had been ordered anticipating the demand.

Larkin was chosen in a 2003 Poetry Book Society survey, almost two decades after his death, as Britain's best-loved poet of the previous 50 years, and in 2008 The Times named him Britain's greatest post-war writer.

This year a number of cultural events have marked the 25 years since Larkin's death
in 1985. Larkin's adopted home, Kingston upon Hull where he spent 30 years, is marking the anniversary with the Larkin 25 Festival, taking place over 25 weeks, from 12 June - 2 December 2010.

There is a tourist trail of all the places that inspired the poet; his work place, the Brynmor Jones Library; his lodgings at the top floor of a house in Pearson Park which prompted him to use the title High Windows for his last major poetry collection; his home in the mid 70s in Newland Park is also included as are the shops, restaurants and pubs where he drank and listened to his favourite music, he was jazz critic for the Daily Telegraph for ten years. The trail extends also to the East Riding countryside and the old churches Larkin used to visit on his bicycle.

Larkin with Toads. 40 giant toad sculptures, each about 1m tall and made of fibreglass were commissioned and have been decorated by artists and community groups. They were on display in various areas of the city from July to September. The inspiration for these sculptures were his poems "Toads" and "Toads Revisited".

On 25th September the toads were auctioned and raised over £60,000. Bids ranged from £1250 to £3600 per toad which far exceeded expectations. Many of the toads have been bought by private bidders from all over the country, a few will remain on public view in the city with four staying in their current locations. Proceeds from the sale will go to the Yorkshire Wildlife Trust, arts funds and the Lord Mayor's charities.

Following a competitive commissioning process to select a sculptor to create a lasting memorial to Larkin, internationally renowned sculptor Martin Jennings was selected to create a statue of Larkin at Hull Paragon Interchange. The statue will be unveiled on 2 December 2010, the exact anniversary of Larkin's death and the closing date of the Larkin25 commemorations. 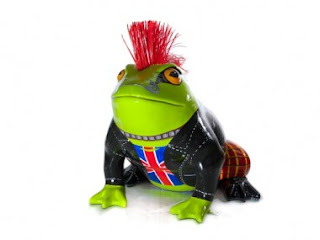 Books by and about Philip Larkin including first editions, poetry collections and literary criticism can be found amongst the stock of the following Ibooknet members:

The shortlisted authors and judges are having a discussion at this free event at the Royal Society in Carlton House Terrace, London, on 21 October at 6.30pm. If you have any questions you'd like to put to them, from past experience I suggest you get there to join the queue ages before 5.45, the time the doors open, as it's no booking, just turn up. They do usually have an overflow video feed to cater for the excess, but then you might as well stay at home and watch it on the live broadcast at royalsociety.org/live or at your leisure later on at royalsociety.tv.
The shortlisted books are: A World Without Ice by Henry Pollack; Everyday Practice of Science: Where Intuition and Passion Meet Objectivity and Logic by Frederick Grinnell; God’s Philosophers: How the medieval world laid the foundations of modern science by James Hannam; Life Ascending by Nick Lane; We Need To Talk About Kelvin by Marcus Chown; and Why Does E=mc2? by Brian Cox and Jeff Forshaw
Posted by bagot books at 10:48 PM No comments: