By Lynn of Bailey Hill Bookshop.


Based in Somerset, the home of Arthurian legend, I had to read the new Phil Rickman Bones of Avalon. It rather compliments the stock we either hold or try to acquire in our Somerset section. The book is a good mixture of fact and fiction. The plot deals with a journey to Glastonbury by John Dee and Robert Dudley on work for Queen Elizabeth and concerning a popish plot by the French to overthrow her. For research Rickman has relied on the authority of David Starkey, Keith Thomas and Frances Yates amongst others. One book of particular interest he has drawn on is Glastonbury Abbey The Holy House at the Head of the Moors Adventurous by James Carley. This fascinating book gives a detailed history of the association of Arthurian Legend and Glastonbury. Supplementing this knowledge are works on the area by Geoffrey Ashe well known for his publications on Arthurian Legend, Robert Dunning the Somerset County Historian, and Philip Rahtz and his archaeological work on Glastonbury. Of course all this is still very topical with Peter Ackroyd's new publication on King Arthur and the Holy Grail, The Death of King Arthur: The Immortal Legend. 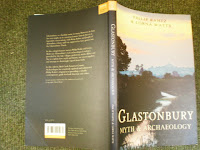 Sadly many of the associations with the legend have become tarnished with a New Age aura and the more serious aspect of their importance is overlooked. Despite the overlay of crystal shops, music festivals etc. Glastonbury still has a sense of place that can still be said to exert a mystical appeal. 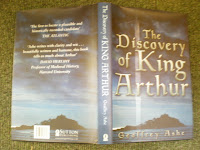 Closer to Castle Cary is the site of Cadbury Castle, excavated in the 1960’s by Leslie Alcock and described in his book Why This Camelot. This was published by Thames and Hudson and I currently haven’t got a copy in stock but am always happy to buy one in good condition. John Steinbeck lived near Cadbury Castle, in Redlynch outside of Bruton, and it was here he wrote his book King Arthur and the Noble Knights.

In the wider area of Somerset books one is always on the lookout for anything from the Somerset Folk Series, a really charming series published in the twenties by the Somerset Folk Society and it includes titles such as the Holy Wells of Somerset, Somerset Drama, Somerset Dialect. All the books are well researched and well presented. Hard to come by and I will buy them. Early copies of A Glastonbury Romance and other Cowper Powys titles would be appreciated. I am also on the lookout for a Clarendon Press monograph on Wells that was published in the early 1990’s. I have never managed to find one on the internet.

If you visit us in Somerset you can still walk the Leland Trail, the same trail John Leland* took to Glastonbury to document the wealth of Glastonbury Abbey, you can walk around Cadbury Castle or you can go to Glastonbury and climb the Tor where you will be treated to wonderful skys and the landscape of rynes that surround Glastonbury.

Bailey Hill Bookshop was featured recently in the top 50 best bookshops in the Independent and featured in the Guardian - My Perfect Day - by Amy Jenkins.

You can view Bailey Hill Bookshop's books on Somerset here.

*there is a new publication from the Bodleian library of John Leland's On Famous Men edited and translated by James Carley. It has just been published ISBN 978185243679 and costs £120.
Posted by Juxtabook at 10:54 PM No comments:

The Petrie Museum of Egyptian Archaeology is part of UCL (University College London), is one of the largest collections of Egyptian and Sudanese archaeology in the world, and has just reorganised their displays.
They’re holding their annual book auction to raise money, with 179 items mostly, but not exclusively, on Egyptology. It’s initially online, but it will finish with a live auction at the museum on December 8. The books are listed at the Heritage Key website.
UCL also has an excellent website in Digital Egypt, which has thousands of pages of resources, including 3D reconstructions of archaeological sites.
Posted by bagot books at 8:12 PM No comments: 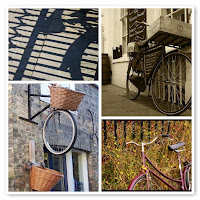 Cambridge is so wonderful to get around on a bicycle! I just took a lovely old (and valuable) book to the Post Office to send Special Delivery. I then popped into one of the ancient and beautiful College libraries to look at some books, including some old leather-bound Bibles from the Chapel which have obviously been “lovingly used and cherished for many years” which in Bookseller-speak could mean they are falling apart! However, they are much too nice to discard and we will do our best to find them good homes – perhaps via a visit to our wonderful Bookbinder which was the last stop on my circuit of the city. All this in about an hour: by car, it would have taken me most of the afternoon and involved lots of time sitting in traffic and looking for parking.

By Ruth of Plurabelle Books.

For books on Cambridge try Plurabelle Books and A Book for All Reasons and for books on bicycles try Stella & Rose's Books.

The image is by Anka of Happy Hang Around Blog.
Posted by Juxtabook at 1:54 PM No comments:

The Success of Independent Bookshops

On the weekend that Campaign for Real Books officially launches it is interesting to see that there's an article in the *FT about the success of indie bookshops in the current economic climate. New book sellers Foyles, Daunt Books and Jaffé and Neale are all mentioned in dispatches.

* You have to register with the FT to read the article but it there is a free level of registration which give you access to a limited number of articles a month. Thank you to Paul of Orangeberry Books for pointing out the FT article.
Posted by Juxtabook at 11:04 AM No comments:

The Russia Season at The Travel Bookshop

To mark the centenary of Leo Tolstoy's death and the 150th anniversary of Anton Chekhov's birth The Travel Bookshop will be hosting a series of talks about Russia and Russian literature throughout November 2010. Confirmed events include talks by the biographer of both Tolstoy and Chekhov Rosamund Bartlett, historian Rachel Polonsky, and poet and biographer Elaine Feinstein.

Thursday 11th November - Rosamund Bartlett on Leo Tolstoy
To mark the 100th anniversary of Tolstoy's death biographer Rosamund Bartlett will be discussing her latest book "Tolstoy: A Russian Life" and the man who long life straddled the 19th and 20th centuries and whose rebellious life reflected Russia's own turbulent history.

Thursday 18th November - The Orwell Prize Presents: Orwell on Russia
So what was - and what is - Orwell's influence on Russia? The Orwell Prize is delighted to be bringing Masha Karp (journalist, translator of Animal Farm into Russian) and John Lloyd (contributing editor and former Moscow Bureau Chief, Financial Times) together to talk about Orwell and Russia, chaired by Jean Seaton (director of the Orwell Prize).

Saturday 20th November - Pass On A Poem
"Pass on a Poem" presents a very special evening of readings of Russian poetry.

Tuesday 23rd November - Rosamund Bartlett on Chekhov: The Traveller
Rosamund Bartlett, biographer and translator of Russian literature, will be discussing the work and life of Anton Chekhov, looking in particular at his travels and the important impact that place had on his work.

Ibooknet members stocking books on Tolstoy or Russia include:

The book images are:

Anna Akhmatova: Her Poetry by David Wells from the stock of C L Hawley
Posted by Juxtabook at 8:34 PM 2 comments: