Well, some of them. Bearing in mind her prolific output, very few original manuscripts have survived. Blyton's daughter, the late Gillian Baverstock, had some, and they have now been sold. Seven Stories Museum, in Newcastle, has bought seven, including three Famous Fives.
Whatever you think about Enid Blyton's oeuvre, she is still immensely collectable. I had a short and intense Blyton phase as a child. I remember overhearing my mother talking to a friend as I worked my way through a pile of Blytons from the library. "Why ever do you let Jane readthose?" asked the friend. "It's a phase," replied my mother. "She'll read them all and that will be that. If I try and stop her she'll hang on to them forever." I remember at the time being impressed with this piece of motherly wisdom. She was quite right, too. I finished my Blyton phase, and have never been able to read one since. I have tried. Just can't do it. I wonder if mother had banned them if I'd now have a priceless collection of dustjacketed Blyton beauties, instead of a collection redolent of horse.
For those with a serious Blyton habit, Ibooknet members have some marvellous books in stock, catering to all pockets, from Stella and Rose's lovely first edition of The Magic Faraway Tree (£1,800), 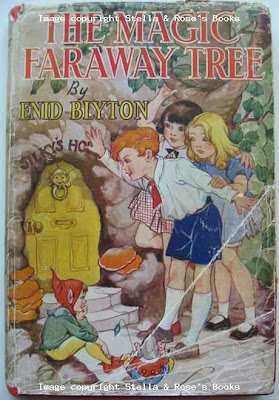 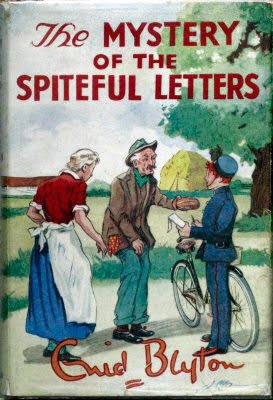 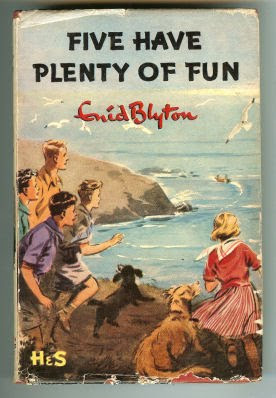