Sochi for the Summer - and now the Winter, too - by Marijana Dworski

As all the world must know now, the Winter Olympics are being held in Sochi, a city in the province of Krasnodar Krai in Russia.  The Greater Sochi area sprawls along the Black Sea coast, Eastwards across the sea from the Danube, in that tiny part of Russia that lies to the south of the Great Caucasus range. The Caucasus watershed is some 60 km to the north-east and the border with Georgia's breakaway province of Abkhazia is only 30 km away to the south-east.

Marijana Dworski Books specialises in language books and books on Eastern Europe, with competitively priced modern dictionaries and grammars on some 350 languages, and a wide selection of books on the Balkans, Eastern Europe, Russia and Central Asia.
Posted by Juxtabook at 6:24 PM No comments: 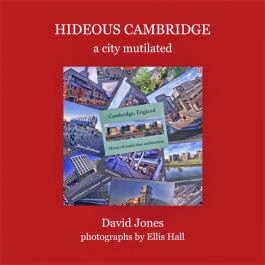 Towns are conglomerations of people, initially for trade and defence, subsequently for such additional human activities such as education and manufacture. What goes with the people is buildings - for dwellings, administration, shops, manufacturing, education - and the roads and lanes that get them between the buildings, and the means of transport - bikes, cars, lorries, buses etc.

Cambridge started as a small market town, but from around the thirteenth century it took on a rather different form from most other comparable places in England when it became the site of a university. From then until the middle of the nineteenth century it is best described as having been a nice little university with small town attached. Since then the University has grown, but so has the town, to the extent that the old central core, mostly college related, is now a small  percentage of a city which grows outwards in ever increasing circles.

David Jones, the author of this book, does not like what has happened architecturally, and what is likely to happen in the future. This book is a beautifully illustrated rant about inappropriate buildings, their size, their position, about traffic filled roads, about the loss of Cambridge's heart. Don't be put off by the description of it as a rant. This is a fun book to read. It is provocative, it is enjoyable.

If you know Cambridge at all you will be interested in the Jones's road by road, area by area, survey of the buildings that have gone up or are going up as Cambridge expands outwards and fills in empty spaces. The tone is often a sort of peevish waspishness that at times out-Pevsners Pevsner himself (does the voice of the retired schoolmaster echo here?). Jones is a good hater, which is one of the things that makes the book so enjoyable. The Castle Park complex of County Council offices on the corner of Huntingdon Road and Histon Road are "meretricious buildings of baffling silliness". The Marque, a new edifice being constructed on Hills Road , is "outrageous, vile, pretentious and a positive disgrace; a visual catastrophe of staggering proportions".

One of Jones's particular hates is the recent Botanic House on Hills Road by the entrance to the Botanic Gardens. It appears in at least seven of the illustrations dotted round the book and is mentioned on around twenty different pages (descriptions include lamentable, like a fat cuckoo, catastrophic, monster, self-serving). Let us hope the lawyers who commissioned and inhabit it are thick skinned enough not to take it all to heart too much.

What the author does not like is the tall and the ugly, though to this reader at least some of his judgements are perverse. Show him a nice bit a brickwork and he lies on his back and wags his tail however awful the building. So he likes the awful pastiche which is the nineteenth century Royal Albert Almshouses on the corner of Brooklands avenue and the brick box which used to house the Comet store on Newmarket Road ("very presentable").

However one of the things I really appreciated about the book is the snippets of history I learnt from it. Who knew that the ghastly Henry Giles House (Job Centre) on Chesterton Road opposite Jesus Lock was not actually built by the government but for the defunct Cambridge Instrument Company? (But it isn't on Victoria Road as the caption to the picture on page 168 avers.) Or that the vile (Jones's  description and one has to agree) Sally Ann's building on Mill Road was originally the Empire Cinema with a much more fun front?

Jones wants the development of Cambridge to stop. He fears that it will soon have swallowed so many outlying villages and fields that it will be the size of Birmingham. He suggests the idea of Listed Towns, where an optimum size would be set and not allowed to be exceeded. He's not going to win that one. For all sorts of reasons Cambridge is set to get bigger and bigger. Other places have coped. Think of Granada or Florence. Both are huge cities with a magical inner core surrounded by modern suburbs. They and Cambridge are lucky in that the good bits are more or less central. Cities like London have the good buildings or areas widely separated like sparse currants in a pudding.

He is right that tall buildings can spoil the character of the centre. The answer, if we grant the premise that the city will expand willy nilly, would be perhaps to have a moratorium on any buildings more than five storeys high within a radius of three miles round the historic centre. This would mean the removal, at the earliest opportunity, of such monsters as the University's own Arup Building (Materials Science and Metallurgy) behind the Corn Exchange. Jones mentions that there was much discussion at the size of St John's College chapel when it was built in the nineteenth century, but of course the rot had set in several centuries before when Henry VI plonked his enormous King's College Chapel right across one of the main streets of the town centre. We do seem to have learnt to cope with both these buildings.

Jones is also correct in identifying the motor vehicle as one of the main factors in spoiling the ambience of the historic centre of the city - "one of the biggest causes of ugliness in our environment."  He lists the proliferation of traffic signage, traffic lights, parking availability signs, roundabouts, pedestrian crossings, bollards, speed humps and road paint, to mention but a few of the uglifying additions to the visual environment. He complains of the noise and the noxious fumes. His answer - ban motor traffic, including buses, from the city centre, even as far out as Queens Road, leaving those roads to cyclists and pedestrians. He is right of course. And it will come. The impending imposition of 25mph speed limits on many (though not enough) of Cambridge's roads is a sign of things to come.

This is a fine book about what is happening to the built environment of Cambridge now and is of interest to all who work or live here. And in twenty-five or fifty years time it will be a book to look back at. When we do, I fear we may find that the architecture Jones complains about now will be positively beautiful compared with what's to come. In the meantime perhaps it will inspire our councillors to demand a bit more of developers and architects and planners so that Cambridge gets buildings more worthy of it than many of those erected in our recent past. And of course what he says applies to many towns and cities throughout the United Kingdom.

For more books on Cambridge you can try A Book for All Reasons, CL Hawley, or Plurabelle Books, and for books on architecture try The Amwell Book Company or CL Hawley.

Posted by Juxtabook at 12:23 PM No comments:

Several news-outlets over the weekend reported an interview with J. K. Rowling by Emma Watson where Rowling discusses having made a mistake in marrying Ron to Hermione at the end of the Harry Potter series:

"I think there are fans out there who know that too and who wonder whether Ron would have really been able to make her happy," Watson responds in excerpts from the interview printed in the Sunday Times.


Rowling said she could "hear the rage and fury it might cause some fans" of her work and that she hoped she would not be "breaking people's hearts" with her revelations.


Ron and Hermione, she reportedly goes on, would have needed counselling to sustain a relationship the best-selling author describes "as a form of wish fulfilment" on her part.


This news came after an interesting conversation I'd been having with pony book expert Jane Badger on the fourth Flambards book. For those who've not read the series Flambards is a trilogy of books with a fourth volume added over a decade later. In the fourth book the author K. M. Peyton does an about-face and re-arranges the couples who were all nicely sorted at the end of book three. It seems Peyton was, like J. K. Rowling, unsatisfied with the prospects in the marriages she'd made for her characters and went about saving them from 'counselling'.

This leads us into an interesting question: which of fiction's famous lovers do you think were making a terrible mistake, or were victims of the author's personal preferences and prejudices in picking their partners? Are there any books where you'd like to see one half of the lovers marrying someone else?

Much though I love Georgette Heyer I have never been entirely convinced that Judith would have been happy with the over-bearing Worth in Regency Buck - very different to the plausibility of the marriage in Heyer's  A Civil Contract. 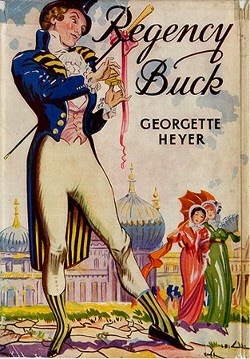 I could also bang Romeo and Juliet's heads together. Staying with Shakespeare, Beatrice and Benedick remind me of the saying that some people marry so they can carry on the conversation for the rest of their lives and I can see them getting on in a bickering kind of way. I am also driven to distraction by Maggie Tulliver not sticking with Philip Wakem in The Mill on the Floss; simply doing so would have spared us the second part of the novel! 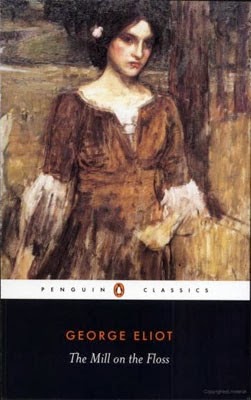 Which fictional lovers do you think have made mistakes or are unconvincing?


Browse my stock for works on the novel, or Shakespeare. For novels by Georgette Heyer, try Mike Sims. For works by K. M. Peyton such as the Flambards trilogy try Aucot and Thomas, Peakirk, or Stella and Roses.

For more on a romantic theme you might like our booksellers' Valentine's Day Gift Ideas.
Posted by Juxtabook at 8:18 PM 4 comments: